FirstNet, FCC, Broadband -- Why the Carriers are concerned with Title 2 and Net Neutrality.

Sorry for the absence, but I’ve had some family issues that need to be taken care of. Maybe writing again will take my mind off things. In a second I will be writing about the FCC, Net Neutrality and Title 2. First, I need to convey that my wife has been diagnosed with an aggressive form of breast cancer last week – Stage 2. She will undergo a double mastectomy the week after. You can imagine that with five kids this is of great concern to her and I. But, we have the great support of family, friends and the community. The reason I bring this up is not for a pity-party so I can get a job, but rather to bring to light the need for every woman to get checked out. My wife is just 43. Take the time and get an exam. It will be the best-spent hour of your life -- now on with the show.

I’ve been hearing a lot about the Net Neutrality, Broadband for Public Safety, Title 2 and the fear of the commercial markets as people start to understand that this large ship needs to turn. We are finally starting to realize the correct course of building out to the rural areas. To those naysayers of the Title II and Net Neutrality allow me to explain why this is a good and bad thing for the commercial carriers.

When both sides of the political playing field are going to bat on issues they know nothing about, then whatever decision our politicians make will look like we are moving in all directions, thus, it’s easy to misunderstand what the true impacts of the new laws will bring. I can assure you that the President didn’t realize what he did when he did it, but the fact of the matter is, and I have written about this in the past, this was going to happen anyway. So lets look beyond the half-baked facial expressions of “I don’t know what I’m talking about” when the President made his speech on national television and come to realize that all we are seeing is the next major step in carrier consolidation and convergence within the broadband space. In actuality, the President and the FCC are just making it happen faster, even if they don’t understand what they are doing.

The only reason the carriers are putting up a stink about the new FCC rulings are because of the factions within those organizations are fighting for survival. The reality of the situation is actually better for the commercial carriers. Allow me to explain.

The carriers today cover more than 96% of the “metropolitan” areas -- so they say – but they don’t cover the rural areas. Why? The lack of revenue to build out to those areas is why. Not enough farmers to justify the physical build-out. There are a great deal of factions within the carriers who are tied to the revenue created by owning and building the infrastructure. These players tend to be in the physical construction of the broadband deployments, so you can’t blame them for trying to defend their way of life.  The realism of the situation is that the carriers, utilizing the new decision by the FCC, can now get a comprehensive deployment throughout the rural areas without having to spend a dime – that’s why they have been selling off their tower assets. Naturally those construction organizations within the carriers would be out of work, unless they go M&A, and become a new capital construction firm to work on their own. It’s best for them to do this anyway because the overheads associated with the commercial carriers price them out of the market.

Is the FCCs decision all good for the commercial carriers though? Well not entirely. The commercial carriers have gotten use to being the only player in their markets and by opening the rural and municipal markets under Title II will mean that a LOT of small providers will come out of the woodwork.

For example: the Electric Coops. These Electric Coops utilize the power distribution infrastructure of large IOU (Investor Owned Utilities) or Generation & Transmission (G&T) companies like Western Farmers. The G&T’s actually work for the Electric Coops who tend to be small town or county based utility providers like East Kentucky Power or Tri-County Electric in Oklahoma. In Oklahoma there are 23 Electric Coops that Western Farmers (the State’s G&T) works to provide electrical generation and transmission capabilities. Essentially what this means is that the Utilities bring more to the table than the carriers. Ultimately the Utilities have connections to all the markets, especially the rural areas, and have corned that market by providing power, a National Asset, thus the inherent ability to provide broadband access to the entire population of the United States and our territories. Every house, building, tower and government building is tied into power and those power connections have fiber running along them. 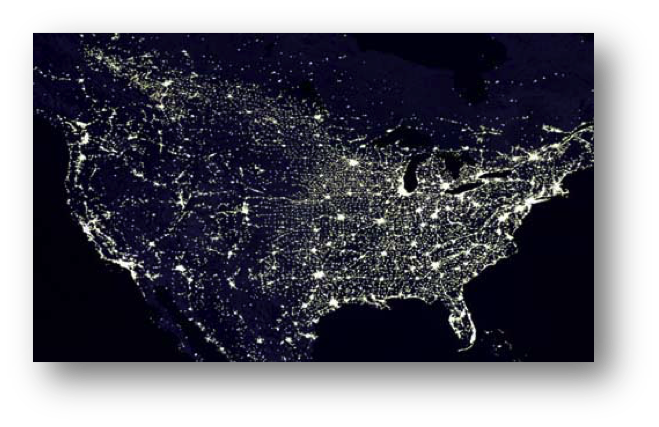 For the last few years the electric grid has been going through some major upgrades; those upgrades require fiber and wireless broadband to sustain and build out the SMART Grid. In order to operate these electric grids with SMART Meters, which most of us now have, requires broadband connectivity. This means that everything that requires power has the potential for a broadband requirement, not just from the consumer of power, but the large IOUs and the G&Es as well. By making broadband Title II means that these electric grid players will now be able to compete in the broadband space by selling broadband as a bundled package to the consumer’s electric bills. Being that the grid build out is a business case in itself, the broadband connectivity is just a residual affect of the infrastructure required. What does this mean to the carriers?

The carriers will have to compete with pricing associated with new players whose business model’s are not driven by providing broadband services, but rather the essential requirement for needing power. That means you and I can get cheap broadband service for a quarter of what the carriers would charge and we would have no limits on bandwidth if desired by the power market. To make things even worse for the carriers, these Utilities will combine the broadband fee into our utility bill every month, so we actually don’t have to see a separate broadband billing notice. To the Utility market, this added service model of broadband is pure revenue on top of a utility solution they were already providing anyway -- so naturally a commercial carrier is nervous. But remember the carriers target population mass because their business model is based on broadband services itself – not power – which means they have to watch what they spend on deployments that detract from their revenue margins, thus never building out to the rural markets. The good thing is the carriers will now be able to enter the rural markets with little or no cash, but they will have to compete with a host of much cheaper players who also have the same access. It will be just a matter of time before these players start to penetrate the major metropolitan footholds of the carriers, thus the battle lines are being drawn.

Carriers like Sprint and T-Mobile, who have struggled to get a foothold against AT&T and Verizon, are now understanding what Title II and Net Neutrality are bringing -- equality and complete coverage without the added capital required. Recent press illustrates they are getting  behind the FCC’s and the Presidents plans.

It’s not all doom and gloom for the commercial carriers though. What the commercial carriers bring over these smaller players is the quality associated with an accessible network of service options that the smaller players may struggle to bring to the table – at least for a little while. This means the carriers can continue down the road with shedding their physical assets and becoming more reliant upon virtual networks and/or cloud based service offerings to all consumers no matter where they are. Quality and depth of services will always win in the end. In essence the smaller guys will generate revenue by providing the broadband access as an additive utility offering; the carriers will bring the services on top of that established access.

If I were a carrier -- I would be getting onboard with what is about to happen and save my energy and resources in setting up my new business model for the future. Consolidation is happening anyway, now we can just sit back and let the Feds force its finalization. If I were in the carriers construction unit, I would be looking for more stable ground with smaller more nimble firms who will be of great demand shortly. Somebody has to build out this entire infrastructure to the rural areas and I can safely state that it won’t be the overpriced carriers’.

But whom and I other than….